If you’re in the process of selecting a new Sage 100 integrated payments provider, there are 6 signs you’re in for a scary experience if you sign on the dotted line. Read more to find out what to watch out for in the contract language and what the impact could potentially be.

When you’re reviewing your contract, be sure to clearly understand the “terms.” This refers to the amount of time you’re bound by the contract. A term of three years is common. A 5-year term is not.

What you may also see, but is also considered strange, is a 3-year automatic renewal term that has a 90-day window. At the end of three years when you're probably thinking about other things then your contract renewing, if you're not paying attention and you miss that 90-day notice window, you're bound for another three years and that’s a problem if you’re not happy with your pricing or your provider.

What is a lot more common and a lot more fair to you is a 3-year term (initial term) with an annual renewal (one year renewal) or a month-to-month renewal. This type of term agreement gives you the opportunity to process with a little less risk. 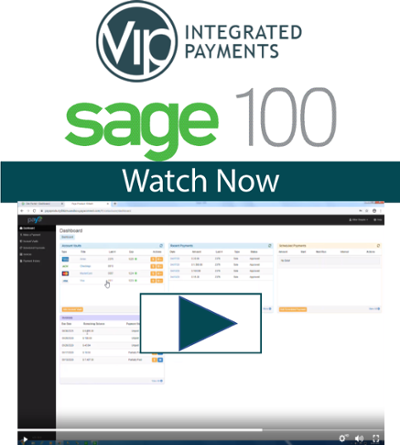 It is very unusual in any kind of legitimate contract to have waivers of damages or waiver of claims provisions. You may find processors will have these in merchant processing agreements which is a signal of a potential problem.

Basically, if the mistakes made in your operating account are made by the processor that ultimately cause other damages or loss, they are not liable. They may or may not fix the operating account error, but they're not going to be liable for any damage as a result because of that mistake. So be aware of any clauses that have to do with your bank account.

3. Watch out for “security interest”

The clause detailing security interest is unusual for a merchant processing agreement, but it could put you in violation of any kind of loan documents if you’ve got financing arrangements with a bank, investor/shareholder warranties and covenants. So you really want to be focused on the word security interest if you see that pop up.

You always want to look at the termination provisions and see how you can terminate the agreement. Ideally, if you have a month-to-month contract, it’s not that big a deal because you always know you've got your exit plan, so you don't have to worry about that as much. But without those kind of provisions and a very limited termination right, this this can put you in a real bind so you want to be aware of that.

6. Exclusivity is the biggest red flag

In extreme cases, the early termination fee clause basically says that the processor gets paid for what it would have gotten paid during the period of time remaining in the agreement.

Frankly, the card associations would probably frown on this kind of clause because early termination fees are supposed to be made plain in the contractual language, but it is sometimes seen.

So, let's say you were there for three years and you missed the auto renewal window and you all of a sudden renew for another three years. You terminate a month later, the merchant processor may try and hit you for their processing fees for the next 35 months all in one want sum.

Going back to the merchant operating account and their ability to debit that merchant operating account’s established reserves, that's one of the ways you know you don't get to fight this on a fair, level playing field. If you try to terminate and go somewhere else, you could find that all of a sudden your last week's worth of settlement didn't show up in your bank account and there's been a debit to your bank account for x number of dollars in fees and they'll if they can if there's money available they'll debit you for these early termination fees.

By now, you’ve read and heard a lot about how Sage 100 credit card processing enables you to easily...

All Integrated Payments Contracts Are Not the Same

Payments Industry Lawyer Shares 5 Tips on How to Avoid the Traps In Your Integrated Payments...

How to Save on Credit Card Processing How many offers per month do you receive promising lower...